Clean Clean Clean! The Phenyx PRX-600 is a great mixer to record vocals into FL Studio or other DAWS

I put the Phenyx Pro PRX-600 up against the XENYX802 and used them both in the same manner – as a mixer for recording rap vocals over my original instrumental beats.  I use the Main out L mono on the Behringer XENYX and go Line input in the MBox soundcard, a setup I’ve used for over a decade.  I did the same thing with the Phenyx Pro PRX -600, the only difference being I used the PHONES out on the PRX into the Line input on the MBox soundcard. The Mbox is a vessel and I do not use any gain on the soundcard.  The Mbox becomes my laptops audio interface controlling audio inputs and outputs to speakers due to its great sound quality, headphone output, and monitor output into my speakers. 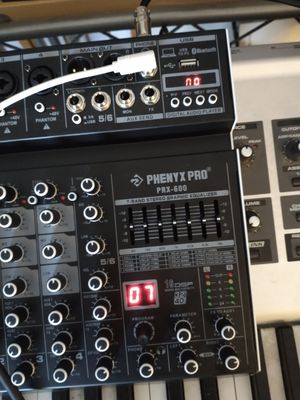 The PRX was incredibly quiet and had almost no noise while recording vocals – a tremendous feat and certainly had less noise than the Behringer. I am used to hearing clicks, the street, neighborly noise because I live in an apartment, and so forth, but it felt like I was in a library when I got ready to record vocals into FL Studio using the Phenyx Pro PRX-600.  That feature only may be worth the fair cost.  Even more, the physical 7 band equalizer sounded clean, and was nice to have a physical, connected feel to shaping your vocal sound. Regarding the settings on the PRX for vocals with a condenser microphone, I simply had the microphone plugged in the XLR slot in Channel strip 1 [and set to about 12 clock on channel volume], 48V button engaged, and 75% [aka  three quarters turned on knobs] setting on Phones Out, Main out Left, and Main out Right.    There is an Aux FX send I need to test, and I will soon use the PRX to record vocals on my next rap release.  The result is clean recorded audio waveforms inside of the playlist in FL Studio.  You may reference the picture of each “Phenyx vocal blog vox.” 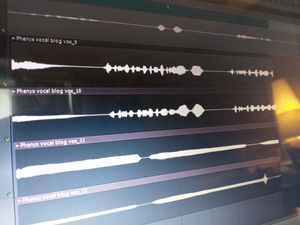 The PRX also has a Bluetooth function, USB, and its own internal digital multi effects.  Conveniently, there is handy dip and groove on the PRX where you can prop your Phone up vertically or Sideways Wide. That’s such an inspiring and practical feature!    You can also reference the picture of the PRX sitting next to the XENYX to understand the PRX is more robust than the XENYX.  I’ve used the Behringer XENYX for over a decade, but because of the almost nonexistent noise while recording vocals, it seems likely I’ll switch to the PRX.

I’m simply a solo artist who can use 1 channel for vocals, and the effects aux out to a lexicon effects processor.  The PRX also includes 4 channels with a standard ¼” input or XLR input, for Guitars or other instruments.  Inputs 5/6 have ¼” inputs only.  I’m looking forward to using the PRX in my next official release. I know I’m going to utilize it because of the ridiculous quality and next to zero background noise.

Pics below -LINE IN to MBOX input 1 line in & PRX output into Mbox Soundcard with white BOSS guitar cable. 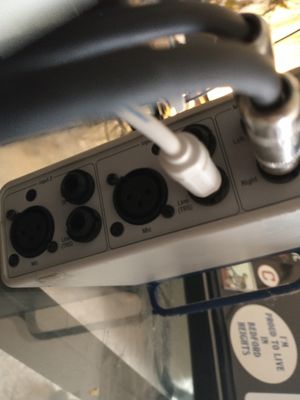 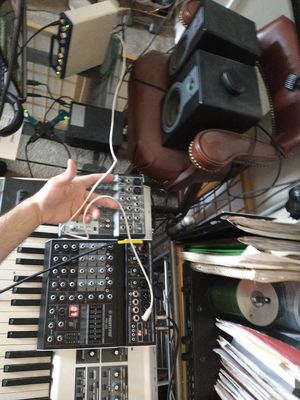 Where can you purchase the PRX 600? 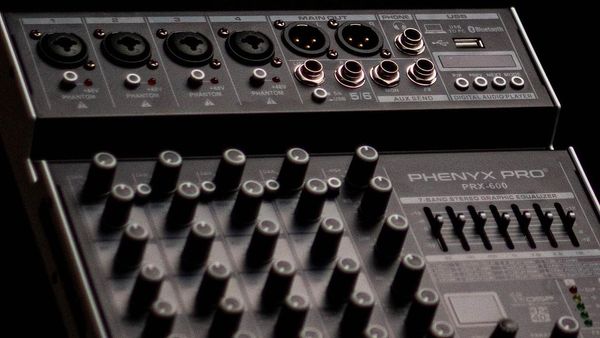